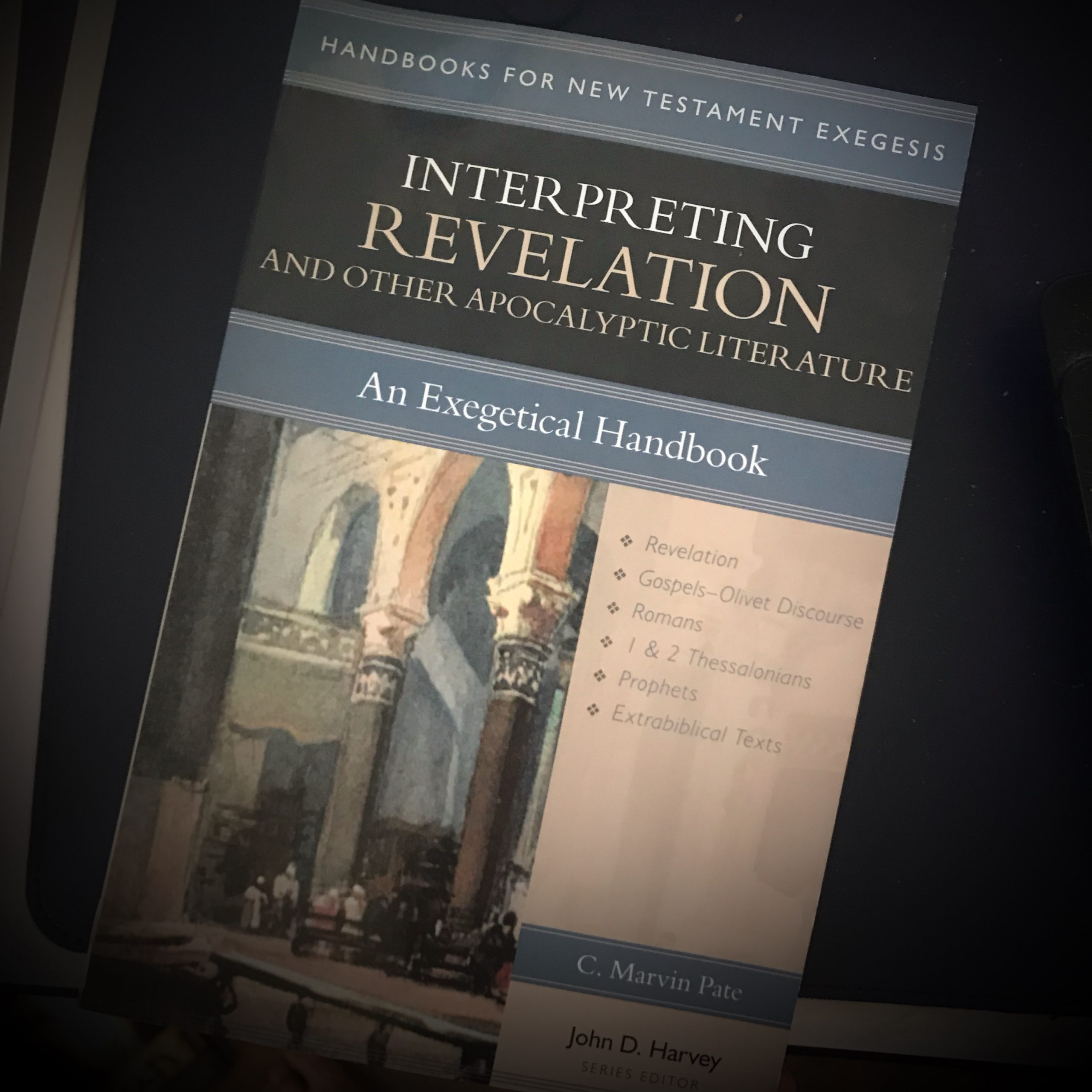 The Problem with Interpreting Revelation

“Interpreting Revelation is just impossible. We’re not meant to understand it and it’s not practical.”

“There are too many different views – and I don’t want to run anybody off if they disagree with me.”

“I consider myself a panmillennialist – I don’t bother much with Revelation because it’ll pan out one way or another.”

I’ve heard all these excuses (and more) from pastors and Christian teachers who try to tip-toe around this strange and imaginative book. As I see it, they might as well tear it right out of the canon.

At least, that’s the case with a lot of pastors I know.

But then there’s the other extreme…

They read Revelation as if it’s just another narrative book of the Bible, like Acts or the Gospels. They strip it of its first-century context and force it to answer twenty-first century questions. And they interpret it through the lens of the New York Times or USA Today.

And in doing so, they butcher its message of imminent victory, hope, and judgment.

Both extremes are unhelpful, and even dangerous at times. But too few pastors and teachers have been equipped to read or study Revelation in a way that’s contextually aware, literarily appropriate, or just plain reasonable.

Instead, we neglect it. Or abuse it.

It’s time to do better.

Interpreting Revelation, The Toolbox You Need to Start Studying

Fortunately, in Interpreting Revelation and Other Apocalyptic Literature, C. Marvin Pate offers a helping hand as we navigate the bizarre and visceral world of apocalyptic literature – especially the book of Revelation.

It’s part of a series put out by Kregel Academic that’s designed to help pastors and teachers intelligently interpret the various genres within the Bible’s canon. It is, as its subtitle makes clear, “An Exegetical Handbook.”

This is not a commentary on Revelation. Neither is it a detailed assessment of the different frameworks used for approaching it (historicist, futurist, preterist, idealist). It makes no case for a particular view of the millennium. Instead, as the preface states, it “intends to shape the way people think and go about studying and communicating Revelation…to today’s world.”

It lays a foundation that everyone, no matter which view of Revelation they take, can build upon. So, what does that foundation look like?

What is Apocalyptic Literature?

First, Pate summarizes the broad strokes of apocalyptic literature – the literary genre that makes up of John’s vision. He provides a definition, notes the sub-genres common to it, and points out its heavy use of figures of speech like metaphor and parody. This is an essential chapter since apocalyptic literature sounds so foreign to modern, Western ears. As Richard Bauckham has said, “Misinterpretations of Revelation often begin by misconceiving the kind of book it is.” Until we really understand what Revelation is, we will continue to mangle it.

After Pate establishes a clear definition of apocalyptic literature and outlines its most common features, he digs into the ‘why’ of the genre. What compelled writers to use such a visionary, imaginative form of writing? According to his overview, it was often a response to trauma. In the case of Revelation, it was the trauma of a growing Roman persecution and the destruction of Jerusalem, the center of earliest Christianity.

In the third chapter, Pate further fleshes out his understanding of apocalyptic literature and ties it to the larger story of Israel. In particular, he believes that works like Revelation magnify the covenant curses and blessings found in Deuteronomy 27-30. The themes that seem to return again and again in these books, whether Revelation, Daniel, or the apocryphal Book of Enoch, are Sin, Exile, and Restoration. These serve as a backdrop to everything that’s written.

The more you understand Revelation’s historical and literary background, the less likely you’ll be to read black helicopters or implanted microchips into the text.

After laying this contextual foundation, Pate spends a chapter covering basic textual criticism and translation issues. To me, it felt a bit unnecessary. If you’ve studied hermeneutics at all, it will be old hat. And if you haven’t been exposed to the topic, then why in the world is your first book on it one that’s focused on interpreting Revelation?! Do yourself a favor and learn how to read the Gospels, Acts, or the Pauline Epistles first! But I digress…

Journeying into the Bowels of the Beast

By the time he gets to chapter five, Pate is ready to begin tackling the book of Revelation proper. He argues that the Apostle John wrote it (yes, there is a debate) between A.D. 90-95. Though it’s worth noting that he does recognize the usual arguments for an early date (pre A.D. 70) and even says that “these arguments are impressive at first glance.” He just feels as though the weight of the evidence tips the scale toward a later date.

He then moves onto looking at the four major schools of interpreting Revelation: preterist, historicist, futurist, and idealist. He quickly shrugs off the historicist view and only offers a more detailed summary of the other three. Other than completely neglecting the historicist interpretation, I feel like Pate is largely fair with his evaluation. Though he doesn’t make his personal position the focus here, I get the feeling that he takes a rather eclectic view, combining preterist, idealist, and futurist elements. I tend to do the same.

This chapter is also home to a rather unique reading of Revelation (Check out Social-Science Commentary on the Book of Revelation for the most unique I’ve ever read). Pate makes the case that Revelation is an elaborate commentary on the Arch of Titus, a first-century Roman structure built to celebrate the victory of Vespasian and Titus over the Jewish rebellion in A.D. 70.

It’s an interesting theory. But I’d have to do a little more digging into how well-known the arch’s details would have been to someone like John or his audience before biting. Though I do believe there’s good evidence that the siege and fall of Jerusalem are behind many of the images throughout the book. For example, why does John see a seven-sealed document, seven trumpets, and seven bowls? Because the Romans stole the law, the trumpets, and the bowls of incense from the temple and carried them back to Rome.

(Though Pate doesn’t explore the idea, it made me wonder if there might be a parallel between this and the way God cursed the Philistines when they stole the Ark of the Covenant (see 1 Samuel 5-6)).

Putting It All Together

Pate concludes chapter five by using Revelation 1:1-3 to provide a sample literary, style, and theological analysis. It’s good, but only a sample. So if you’re unfamiliar with how to do a deep dive on a passage and want to learn, I’d recommend Fred Long’s In Step with God’s Word: Interpreting the New Testament with God’s People.

The last chapter that deals explicitly with Revelation goes over how to apply this ancient book to our modern context. Here, Pate offers a much-needed corrective to the end-times hysteria that’s captured too many evangelical minds over the past century. As in the previous chapter, he continues using Revelation 1:1-3 to show how to tease out contemporary applications from an actual portion of the book.

My only complaint here is that I wish he would’ve chosen a more difficult passage. After all, people don’t normally butcher Revelation 1:1-3.

He concludes the book with a chapter that left me a bit puzzled. It’s titled, ‘From Text to Sermon: Two Examples.’ So, I was expecting him to offer two sermon outlines from the book of Revelation. But he doesn’t. Instead, he charts how he’d prepare a sermon on Romans 11:25-27 and 2 Thessalonians 2:6-7. Both of these chapters touch on similar themes as Revelation. But you’d think that a book focused on (and even titled) Interpreting Revelation would have provided an example sermon from… Revelation. I don’t know. It just seemed a bit peculiar and a missed opportunity to me.

Essential Reading for Every Pastor or Bible Teacher

But even with that minor flaw, this is an essential book for anyone who wants to teach or preach the book of Revelation.

Whether Revelation’s colorful and confusing rhetoric has scared you from dealing with it or you’ve been tempted to read it out of its first-century context, Interpreting Revelation will put things into perspective. It won’t make you an expert. It won’t tell you what it all means. But it will give you the tools you need to dig down into it yourself and intelligently share what you find with others.

Previous: What is the Mark of the Beast?
Next: Exegetical Tools’ Free Revelation Resources